Very few people are aware today that in the early days of the Federal Republic of Germany, the Schaeffler brothers were among the country’s largest producers of textiles and carpets. Along with the metal division, which even then included separate automotive and industrial units, carpets remained the second mainstay of the business through to the end of the 1980s.

One of the Federal Republic’s largest textile manufacturers

The foundations of the carpet and textile production operation were laid in September 1949 with the establishment of Teppichweberei Schwarzenhammer GmbH. This was followed one year later by the creation of Textilwerk Schaeffler OHG in Herzogenaurach. In 1953, these businesses were combined in the entity Textilwerk Schaeffler KG, known as Schaeffler Teppichwerke KG from 1970. These were newly established companies – Wilhelm Schaeffler AG had been left behind in Katscher (now Kietrz, Poland), and did not resume its business activity.

The textile division grew rapidly. Initial inquiries were soon coming in from abroad, for example from the United Kingdom, Switzerland, and the USA. At the beginning of the 1960s, the company was, according to its own figures, the largest carpet manufacturer in the Federal Republic of Germany, with carpet production totaling 2.8 million square meters. 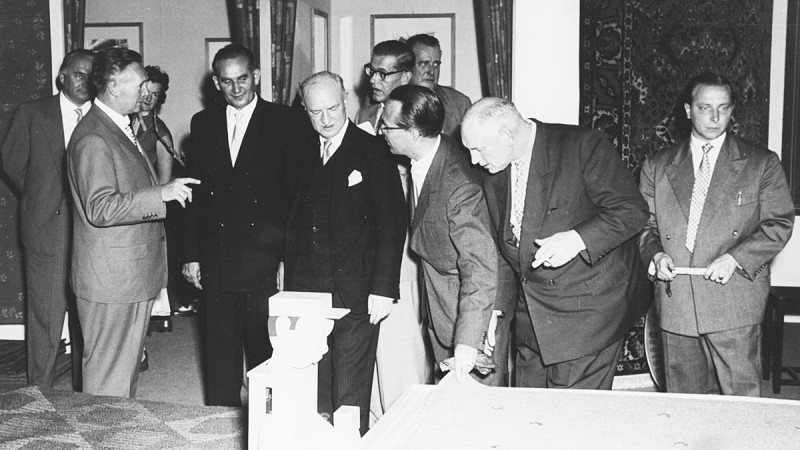 Carpeting for homes and automobiles 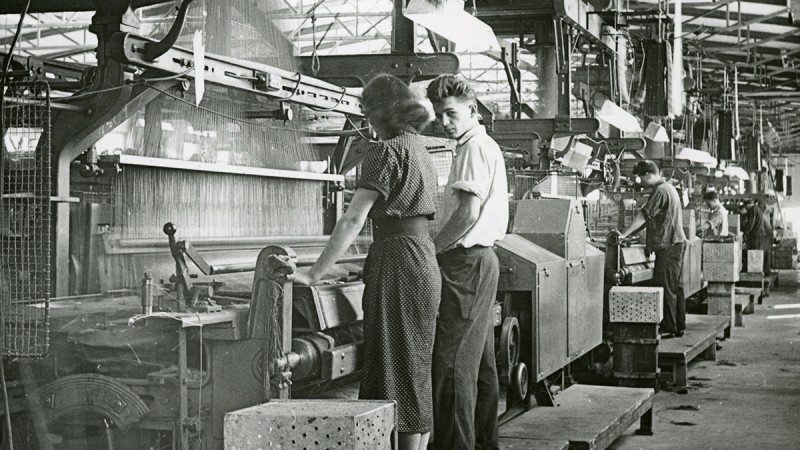 At first glance, there would appear to be little in common between the textile business, and the metal fabrication business, with needle roller bearings as its key product. But from the second half of the 1950s, Schaeffler was in fact producing large volumes of carpets for automobiles. It was a profitable business but was very much at the mercy of cyclical fluctuations in the automotive sector.

Partly for this reason, the Schaeffler brothers decided to diversify their business by adding new companies and locations – in Regensburg, Bruckmühl, and Berlin, for example. They also broadened the product range to include the fitted carpeting products that were coming into fashion at the beginning of the 1960s, replacing linoleum and vinyl. But the business remained at the mercy of trends. When PVC flooring, floor tiles, and laminate and parquet flooring began to make inroads into the highly competitive carpet market, the textile division of Schaeffler came under significant pressure.

Wilhelm Schaeffler as a textile entrepreneur

The driving force of the Schaeffler textile production business was the older of the two brothers. Having embarked on this path in 1940 with the acquisition of a textile business in Katscher, Upper Silesia (now Kietrz, Poland), Wilhelm Schaeffler always remained a textile manufacturer at heart. “We started as textile people,” he was still saying in 1966, long after the Schaeffler brothers had made a stellar career in metal fabrication.

His brother Georg Schaeffler, the inventor of the cage-guided needle roller bearing and the innovative brain behind the metal division, was happy to go along with that, as long as the numbers stacked up. And for many years they did. 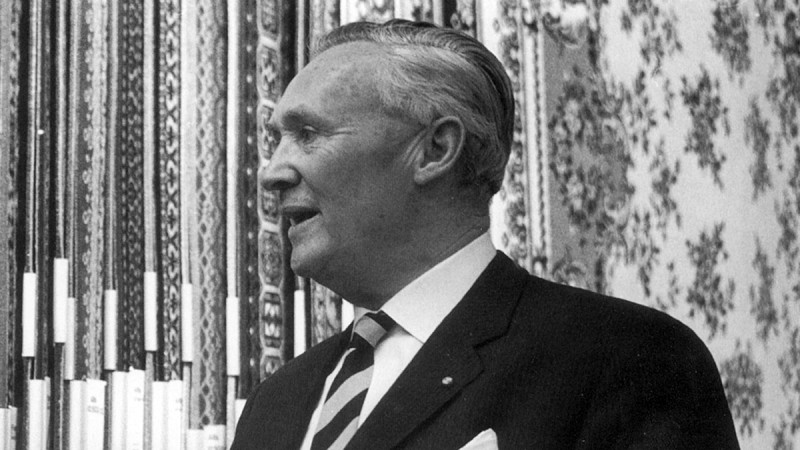 For a time, the two divisions were generating much the same revenues: in 1959, the revenue of the textile division, at DM 37.5 million, was only DM 2.5 million lower than that of the metal division. In 1972, the textile group, with a workforce of around 2,300 employees, generated revenue of almost DM 180 million. But this was the highwater mark in the fortunes of the textile business.

From that point on, there were a number of factors that made life difficult for the textile division. Firstly, there was an unhealthy oversupply in the market. In addition, the German textile industry was no longer cost competitive. And finally, the situation was exacerbated by international crises such as the first “oil shock” of 1973.

Yet the textile production business was not seriously called into question until after Wilhelm Schaeffler’s death in 1981. It was then subjected to close scrutiny. In late 1989, Georg Schaeffler and his son Georg F. W. Schaeffler found a purchaser, divested themselves of the textile business, and began to focus solely on their expertise as automotive and industrial suppliers.

We pioneer motion: The Schaeffler story