Electrifying and all-electric motor racing in the hearts of the world’s major cities. Formula E captures the spirit of the times. With its focus on sustainability, a tight timetable of events, and media relations focused on social media channels, Formula E appeals not only to a new, younger, urban audience, it is also attractive to automobile manufacturers and automotive suppliers who wish to expand their product portfolios by adding electrified drive technologies.

Motorsport of the future

A pioneer in Formula E 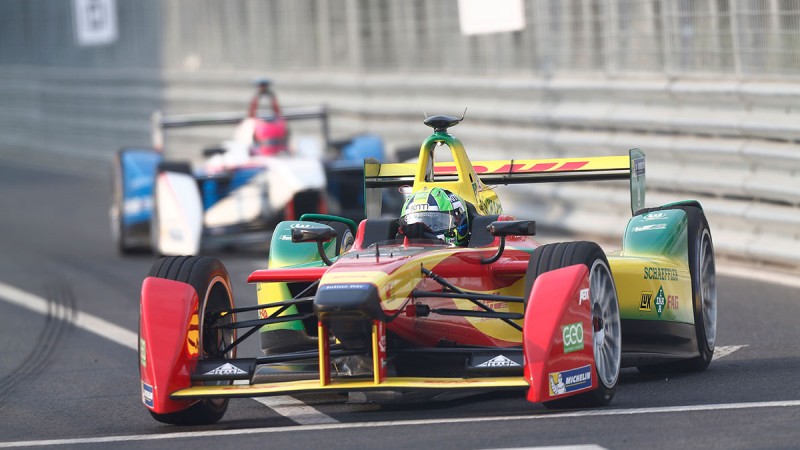 The world’s first all-electric racing series – Schaeffler, with much foresight regarding motorsport of the future, places its trust in this idea from the very beginning. The company has been one of the protagonists in the Formula E scene since the 2014/2015 inaugural season, thereby emphasizing its position as an electric mobility pioneer on the racetrack as well. Sporting success is immediate with Schaeffler driver Lucas di Grassi winning the inaugural race.

Since the 2015/2016 season, the Formula E regulations have allowed the teams to develop their own electric powertrain, which comprises an electric motor, transmission, parts of the chassis, and the corresponding software. For the first time in the history of the company, Schaeffler’s engineers develop their own drive system for racing in collaboration with ABT Sportsline. The successful partnership with ABT culminates in the third season, 2016/2017, in the joint win of the drivers’ title by the Brazilian Lucas di Grassi.

Partnership with Audi in Formula E

As a proud partner of Audi Sport, Schaeffler, with its products and know-how, contributes to the success of the Audi Sport Abt Schaeffler team in Formula E. 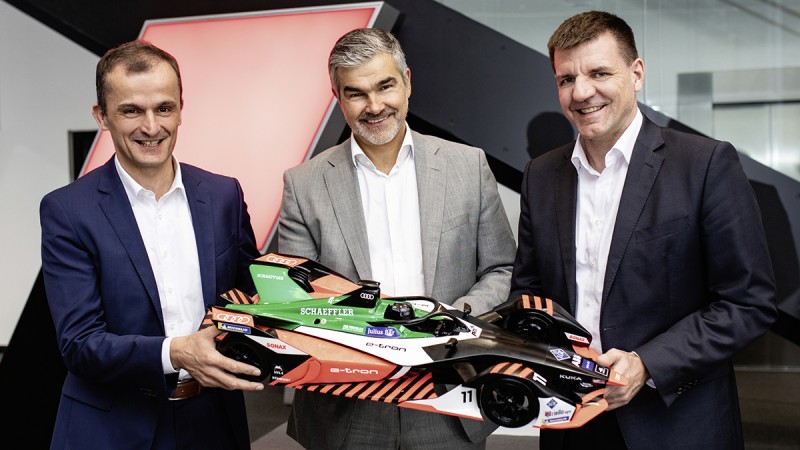 The title wins in the 2015/2016 (Drivers) and 2016/2017 (Teams) seasons validate Schaeffler’s work done so far in Formula E. Even after Audi’s entry with a factory-backed commitment as of the 2017/2018 season, Schaeffler continues to contribute its know-how to the partnership with the premium brand.

The idea behind Formula E

This is Formula E

The ABB FIA Formula E is the world’s first electric racing series. The President of the FIA, Jean Todt, and the Spanish businessman Alejandro Agag developed the series together to demonstrate the potential of sustainable mobility and to create a better and above all cleaner world. The electric race cars are to pave the way for the road cars of tomorrow. For global automobile manufacturers and mobility providers, the series is an important platform for transferring technology directly from the racetrack to the road in close-to-volume production designs. 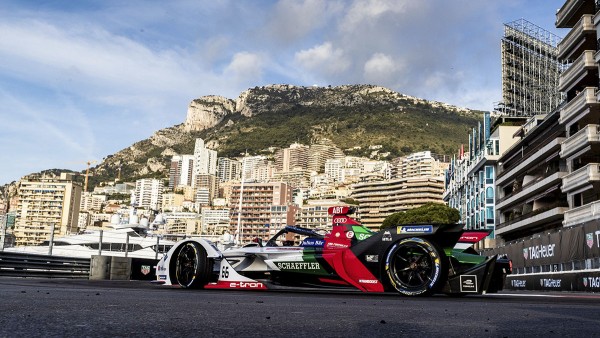 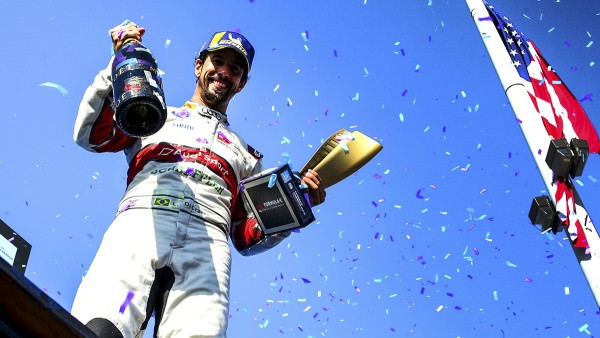 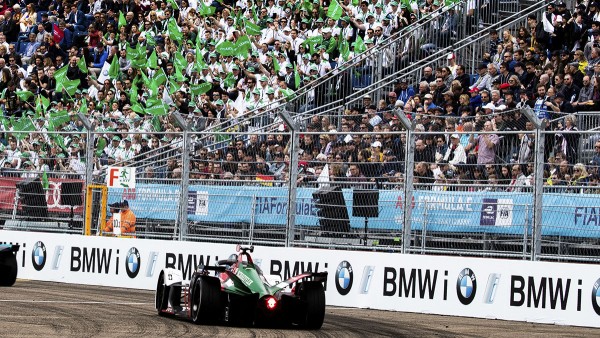 400 Schaeffler employees form the "green wall" and support the drivers at the Berlin ePrix.

Formula E is a racing series for fully electric vehicles sanctioned by the International Automobile Federation (FIA). Formula E races worldwide mostly on temporary circuits in the hearts of major cities such as Santiago de Chile, Berlin, and New York City. The racing series celebrated its worldwide debut in 2014 at the site of the Olympic Park in Beijing and has been enjoying increasing popularity ever since.

Twelve teams and 24 drivers from all over the world compete against each other in street races through major international cities. For trackside energy supply, Formula E uses mobile generators exclusively operating with 100% renewable glycerin fuel. Only 1 set of hybrid tires is used per race, which are suitable for all weather conditions.

The debut of the Gen2 car, which has been used since the 2018/2019 season, marks the beginning of a new era. Thanks to a doubling of the energy storage capacity compared to the Gen1 car, the drivers can now cover the entire race distance without the need to change cars. In addition, the Gen2 cars accelerate from 0 to 100 km/h in 2.8 seconds and reach a speed of 280 km/h. In total, the drivers can use power output of 250 kW, which is equal to around 335 hp. In a nutshell: Gen2 stands for higher speed, greater performance, more action on the track, and only one car per driver.

The ABB FIA Formula E Championship follows a standard points system that is used in other FIA-sanctioned series as well. The top 10 drivers are awarded points according to the following scale.

Additional points are awarded for the Julius Bär Pole Position and the fastest lap. The driver who starts the race from pole position receives three extra points while the driver who sets the fastest race lap is awarded one more point, but only after finishing in the top ten. In addition, the fastest driver in each qualifying group gets one point.

What is the format for the E-Prix?

After two free practice sessions, the starting grid for the race is determined in qualifying. Qualifying is divided into a group phase and a final shoot-out phase. The group phase determines grid positions 7-20 for the race. In the group phase, the drivers are divided in descending order into four groups according to their positions in the driver standings to prevent traffic jams on the short and sometimes very narrow city street circuits. The best drivers therefore start first. Each group then has six minutes in which to set the best possible qualifying time. The six fastest drivers from all the groups subsequently take part in the final shoot-out. The six drivers start one after another and drive another lap. This ranking determines the starting grid for positions 1 to 6 and the winner of the Super Pole.

The race lasts a total of 45 minutes plus one lap and begins with a standing start: All cars line up on the grid according to their positions in qualifying and the race is started by light signals. Another new feature – Attack Mode – was introduced in the 2018/19 season. Each driver can receive a power boost by using this mode. To start this mode, drivers need to charge their car, leave the racing line, and drive through the Activation Zone. They can only pick up an additional 25 kW in this zone. Drivers securing the extra speed can use it for a few laps to race harder, which gives them the chance to get or stay ahead of the competition.

Involved from day one

Schaeffler is a pioneer in Formula E

2019/20 season
Formula E takes a break from March to August 2020 due to the coronavirus pandemic, followed by a unique six-race finale in Berlin, where António Félix da Costa becomes champion. His team, DS Techeetah, wins the teams’ title as in the previous season. Lucas di Grassi finishes the sixth Formula E season in sixth place for Audi Sport ABT Schaeffler. His teammate, René Rast, who succeeded Daniel Abt in the second cockpit after the first five rounds, finishes in fifteenth position overall. As in 2018/2019, Envision Virgin Racing fielded two cars developed by Audi and Schaeffler. It achieves fourth place in the teams’ classification.

2018/19 season
As in previous years, the battle for the championship in the fifth Formula E season is not decided until the last race in New York City. In the end, Jean-Eric Vergne from the DS Techeetah team is able to defend his title. Lucas di Grassi ends up in third place, so having managed to secure a spot in the top three in every season. His teammate, Daniel Abt, finishes the season in seventh place. In the teams’ classification, the Audi Sport ABT Schaeffler team is narrowly beaten by DS Techeetah. The Envision Virgin Racing team racing with the e-tron FE05 developed jointly by Audi and Schaeffler as well, is third overall.

2017/2018 season
In the fourth season of Formula E, the fight for the championship once again is not decided until the last race in New York City. Jean-Eric Vergne from the Techeetah team ultimately clinches overall victory with 198 points. Lucas di Grassi from the Audi Sport ABT Schaeffler team is second. Daniel Abt finishes the season in fifth place – his best overall spot so far. In the teams’ classification, the Audi Sport ABT Schaeffler team takes overall victory with 264 points.

2016/2017 season
Formula E has long become an established part of motorsport. At the top of the table, a duel develops that is familiar from the previous seasons: Lucas di Grassi versus defending champion Sébastien Buemi. Towards the season’s midpoint, the Swiss, after five victories, appears to be the likely champion. Then Lucas di Grassi starts a fightback and crowns it by taking championship victory at the final race in Montreal. Daniel Abt finishes the season in eighth place. In the overall standings, the ABT Schaeffler Audi Sport team is once again overall runner-up.

2015/2016 season
Schaeffler contributes the expertise for the electric powertrain of the new ABT Schaeffler FE01 race car. The ABT Schaeffler Audi Sport team continues to race at the very highest level. After his third victory of the season, Lucas di Grassi takes the overall runner-up’s spot with a deficit of only two points. In front of his home crowd in Berlin, Daniel Abt drives to second place, achieving his best race result so far and seventh overall. The ABT Schaeffler Audi Sport team is placed second overall in the team standings.

2014/2015 season
In Formula E’s inaugural season, Schaeffler and ABT Sportsline – with drivers Lucas di Grassi und Daniel Abt – are the only German team. The season begins sensationally. Di Grassi wins the inaugural race in Beijing. After five more podium positions, the Brazilian finishes the season in third place overall. Daniel Abt impresses as well, with a third place, a pole position, and a fastest lap. At the end of the season, the Audi Sport ABT team takes third place in the teams’ classification.

How fans can actively support the drivers 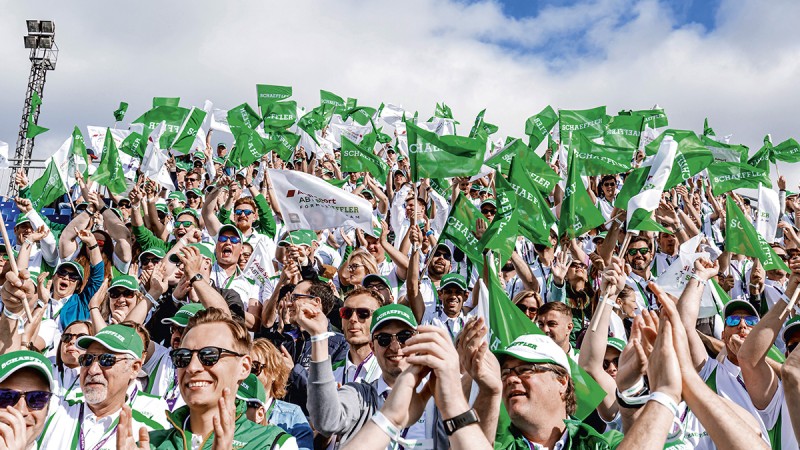 Fans can vote for their favourite driver to give him a chance to win an extra performance boost during the race.

Fans can vote for their favorite driver to give him an extra energy boost during the race. Formula E is the only racing series in the world where the fans can actively impact the race through the Fanboost. What exactly is the Fanboost? For each race, there is an online voting that starts six days before and ends fifteen minutes after the race has started. The results are then announced live during the race.

The five drivers who receive the most votes are awarded an extra amount of power during the second half of the race. The driver can then decide for himself whether to use his Fanboost for a short but powerful energy boost or a prolonged, less powerful increase in speed. The fans have a number of different voting options for supporting their favorite drivers: Votes can be cast on the central Fanboost website or by using the official Formula E app. The current ranking can be viewed live online. 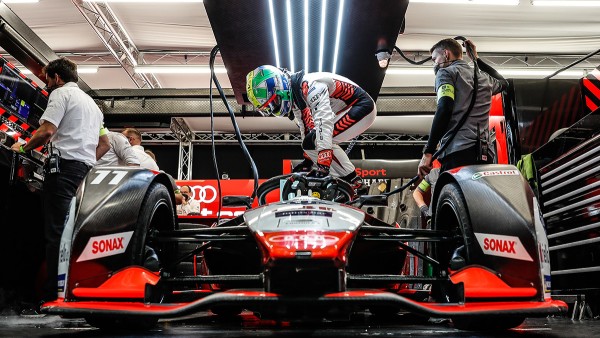 Formula E in Berlin: The big finale of the season 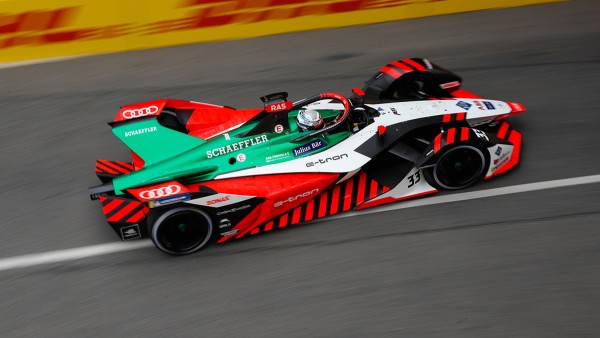 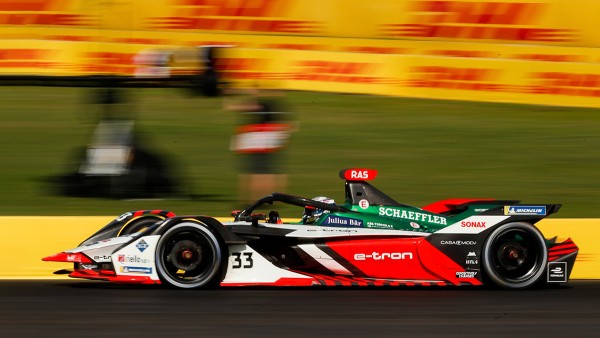 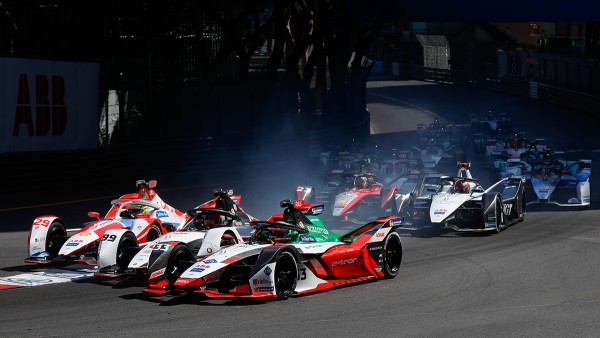 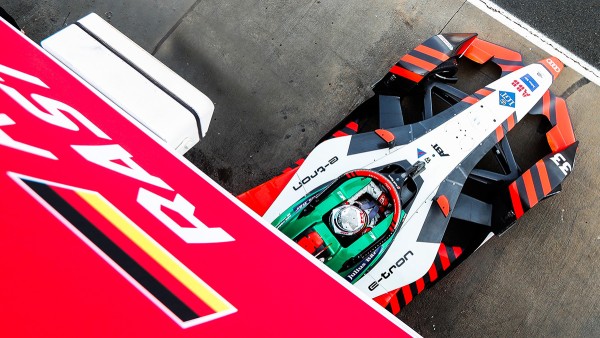 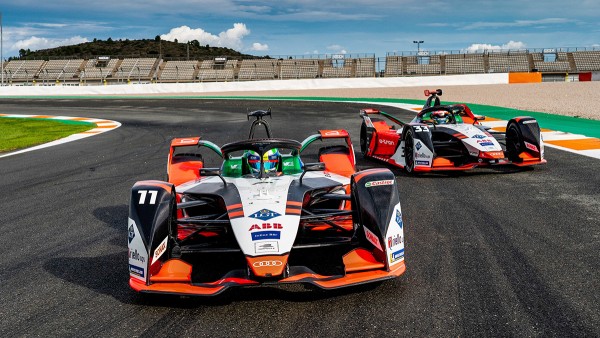 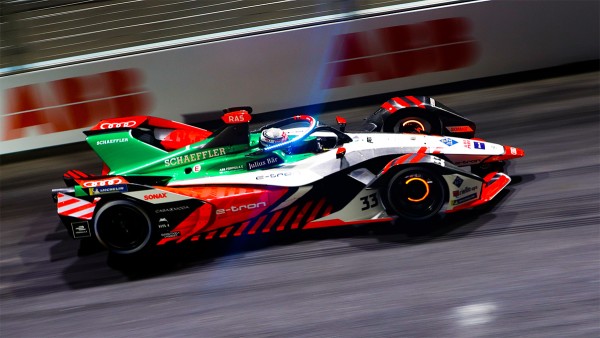 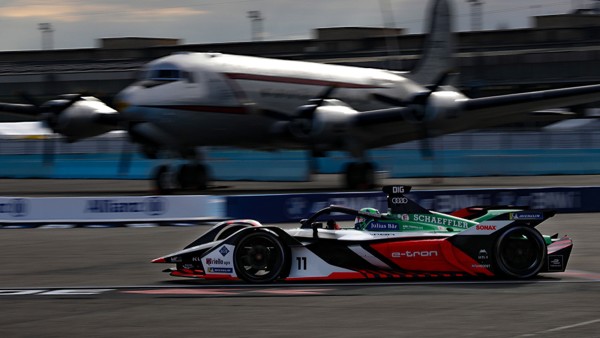 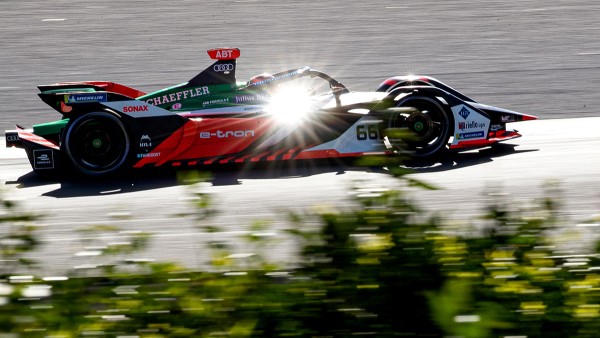 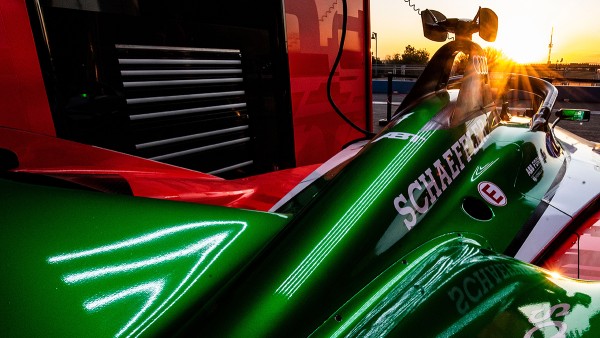 At a glance: Videos and fact sheets on Formula E

More videos and fact sheets on Formula E are available in our media library.