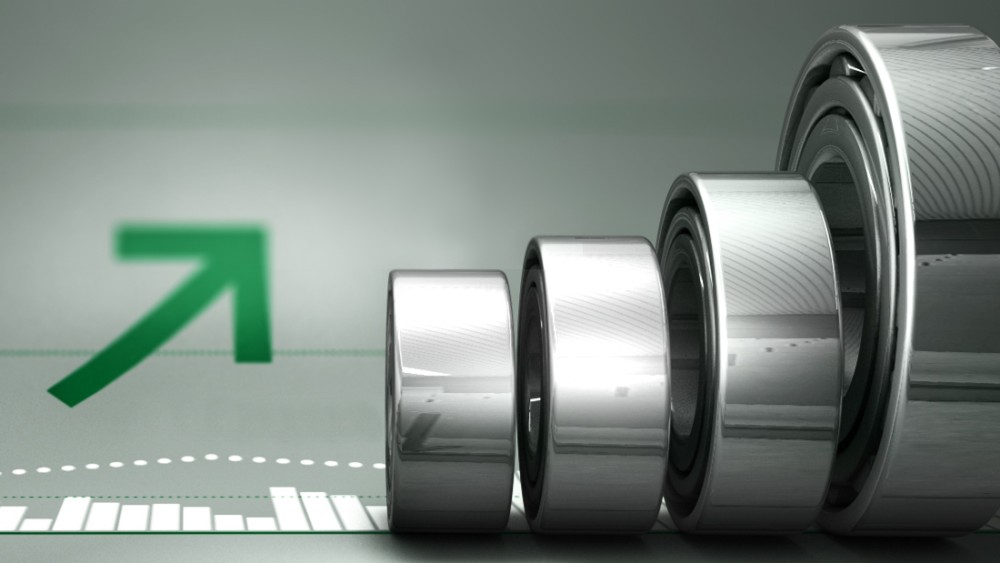 2018 started according to plan

Automotive OEM division revenue increased by 3.2 percent at constant currency to approximately 2.3 billion euros during the reporting period. Compared to global automobile production, which declined by 0.7 percent over the same period, the Automotive OEM division grew significantly above market, outperforming it by approximately 4 percent. All four of the Automotive OEM division’s business divisions contributed to this growth, including the newly reported “E-Mobility” business division, which expanded its revenue by 6.6 percent at constant currency in the first quarter. At 12.4 percent, the constant currency growth rate was particularly high in the Greater China region, followed by 3.7 percent in the Americas region, while both Asia/Pacific and Europe generated only slight growth of approximately 0.5 percent. Based on this performance, the Automotive OEM division generated EBIT before special items of 217 million euros (prior year: 275 million euros). The division’s EBIT margin before special items for the first three months amounted to 9.5 percent (prior year: 11.9 percent). Reasons for the decrease include launching costs incurred for the ramp-ups in the second half of the year as well as rising development expenses and other expenses to accelerate implementation of the “E-Mobility” initiative that is part of the company’s program for the future, the “Agenda 4 plus One”. Based on an increasing number of product launches in the second half of the year, the Automotive OEM division continues to expect to generate revenue growth of 6 to 7 percent at constant currency and an EBIT margin of between 9.5 and 10.5 percent before special items for the full year 2018.

The Automotive Aftermarket division reported a slight temporary drop in first quarter revenue of 4.4 percent at constant currency to 446 million euros (prior year: 484 million euros). The slight decrease is primarily due to lower revenue in the Europe region as well as in the Americas region. The drop in first quarter revenue largely results from the favorable impact of one-off additional business with U.S. customers in the first quarter of 2017 that was not repeated in the first quarter of 2018. Good headway was made in developing the Greater China region where revenue grew by 40.9 percent at constant currency in the first quarter as a result of higher Original Equipment customers’ requirements. At 16.1 percent, the Asia/Pacific region reported a considerable increase in revenue at constant currency as well, largely due to growth in the Independent Aftermarket (IAM) in the Southeast Asia subregion. These developments resulted in EBIT before special items of 80 million euros (prior year: 93 million euros). The resulting EBIT margin before special items of 17.9 percent (prior year: 19.2 percent) slightly exceeded the guidance for the full year. The decrease compared to the prior year is mainly due to the one-off business in the first quarter of 2017 described above. The group expects the Automotive Aftermarket division to generate revenue growth of 3 to 4 percent at constant currency and an EBIT margin before special items of 16.5 to 17.5 percent for the full year.

The Industrial division expanded its revenue to 826 million euros in the first quarter (prior year: 782 million euros), representing a growth rate of 10.8 percent at constant currency. This means the Industrial division has grown considerably more rapidly – for reasons related to the market – than expected. The increase was primarily driven by the Industrial Distribution unit which raised its revenue by 12.4 percent at constant currency. The railway, raw materials, offroad, power transmission, and industrial automation sector clusters also contributed to the increase. Looking at the regions, the Greater China region reported the highest constant currency growth rate, with approximately 40 percent, followed by 8.2 percent in the Europe region, 5.4 percent in the Americas region, and 3.2 percent in the Asia/Pacific region. Thus, EBIT before special items of 94 million euros (prior year: 67 million euros) led to an EBIT margin before special items of 11.4 percent (prior year: 8.6 percent). This improvement was buoyed especially by considerably higher demand and improvements to the functional cost structure from the “CORE” initiative under the company’s program for the future, the “Agenda 4 plus One”. For the Industrial division as well, the group confirms its target for 2018 of increasing revenue by between 3 and 4 percent at constant currency and generating an EBIT margin before special items of 9 to 10 percent in 2018.

As most recently described at Schaeffler AG’s annual general meeting on April 20, 2018, the 20 initiatives comprising the company’s program for the future, the “Agenda 4 plus One”, are being executed consistently and energetically. Nearly all initiatives made progress. Implementation of the program was 40 percent complete as at the end of March 2018. In support of this implementation, on April 16, 2018, the company signed a Future Accord with the IG Metall trade union that complements the program, setting out priorities for and a joint approach to implementation of the program.

In light of this – as previously announced in a press release issued May 7th – the Board of Managing Directors has decided to take further steps, complementing the program “Agenda 4 plus One”, to optimize the Schaeffler Group’s organizational and leadership structure and to realign its network of plants. To this end, the Board of Managing Directors agreed to dissolve the Bearing Components & Technologies unit (BCT), which currently functions as an internal supplier, and to integrate the plants more closely into Schaeffler’s business in keeping with the “One Schaeffler” approach. This means that the 26 plants currently not directly assigned to the business will be integrated into the divisions as well. The realignment is designed to improve customer focus, strengthen the divisions’ responsibility for their own profitability, and deliver further efficiencies. Implementing these measures will reduce headcount by approximately 950 jobs, including about 450 jobs in Germany. The company will use socially responsible methods to achieve these workforce reductions. No forced redundancies or site closures are planned. These plans have already been discussed at a meeting of the newly created Joint Steering Committee, as agreed in the Future Accord signed with the IG Metall trade union earlier in the year. The company will initiate consultations with the relevant employee representative and Works Council committees in a timely manner. Once fully implemented, the planned measures will boost the Schaeffler Group’s earnings potential by approximately 60 million euros – a potential which, the company anticipates, will be fully realized by 2021. The group expects to recognize one-time restructuring charges of approximately 50 million euros in 2018. These figures do not affect the group’s guidance for 2018. The measures announced will help the Schaeffler Group sustainably achieve its Financial Ambitions for 2020.

For 2018, the Schaeffler Group maintains its guidance, anticipating revenue growth of 5 to 6 percent at constant currency, an EBIT margin of 10.5 to 11.5 percent before special items, and free cash flow before cash in- and outflows for M&A activities of approximately 450 million euros. In light of the large number of product launches in the Automotive OEM division, the group expects this division’s growth to gather further momentum in the second half of the year.

Klaus Rosenfeld, CEO of Schaeffler AG, was pleased with the performance of the business in the first quarter and stated: “Despite the very demanding market conditions and competitive environment, we have started 2018 according to plan. The measures comprising our program for the future, the ‘Agenda 4 plus One’, are beginning to take effect. We have initiated a realignment of our network of plants, which will help us push ahead with our transformation. The Automotive OEM division will also see its growth gather speed in the second half of 2018. Based on these developments, we are fully committed to achieving our guidance for 2018.”

This publication does not constitute an offer of securities for sale or a solicitation of an offer to purchase the above mentioned securities in the United States, Germany or any other jurisdiction.