The future of the DTM is electric. While the 2021 DTM will see racing according to the FIA GT3 regulations for the first time, Schaeffler is actively driving forward the technological development for the DTM of the future. In Herzogenaurach, Schaeffler is developing the drive system for the electrification of the racing series. Schaeffler has already shown how the cars of an electric DTM racing series might look on the basis of the DTM Electric demonstration car during the last DTM race of the 2020 season. The DTM demonstration car stands for the vision of a green future for the popular racing series and promises even more racing action, power, and speed in local emission-free races.

With DTM Electric, Schaeffler is the new series and innovation partner to the DTM

As the new series and innovation partner to the DTM, Schaeffler and the umbrella organization, ITR (Internationale Tourenwagen Rennen e.V.) sent the widely acclaimed demonstration car – DTM Electric – onto the Hockenheimring track as part of the final DTM race weekend of the 2020 season. The DTM Electric has the technology, which will make the DTM into an even more attractive and green racing series; at the same time, it embodies Schaeffler’s forward-looking, innovative development approach based on actively shaping the future of mobility through technologically pioneering work.

“We are looking forward to the partnership,” said Matthias Zink, CEO Automotive Technologies at Schaeffler. “Our innovative electric drive technologies have been producing success in Formula E since 2014 and are now also used in production vehicles. The collaboration demonstrates pioneering spirit and innovation and underlines our claim to be the technology partner who pioneers motion to advance how the world moves.” 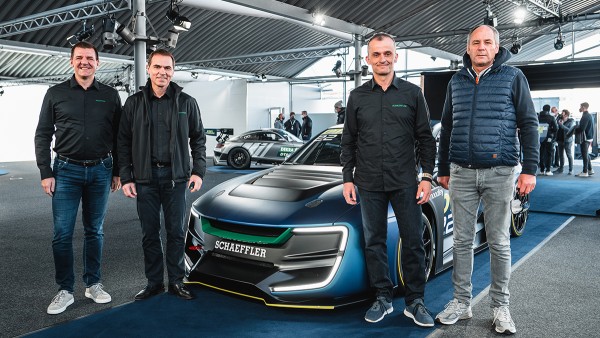 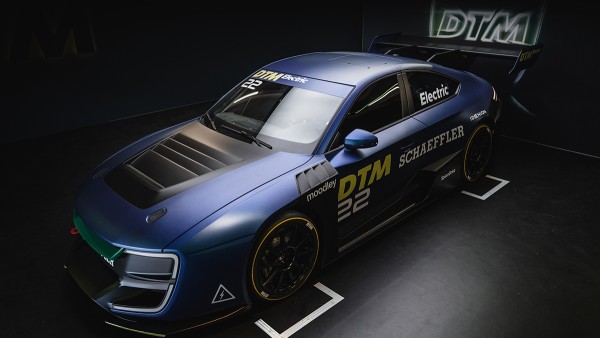 Schaeffler plays a decisive role in the electrification of the DTM and is the development partner supplying the drive systems for the new all-electric race cars. Key systems such as the motors, power electronics, and transmissions used in the series all come from Herzogenaurach.

The demonstration car has already indicated the capabilities of these systems. It has battery-electric drive systems for each wheel, which offer a significantly higher level of control dynamics than a conventional drive system. This is because the driving dynamics of the car are directly influenced by the drive system that is located on the wheels. In this way, it is also possible to freely adapt the steering ratio and assisted steering system or influence the torque vectoring system of the vehicle, resulting in even more rapid cornering and thus more thrilling race action.

The demonstration car produces 880 kW or almost 1,200 PS – that is virtually twice as much power as the current DTM cars (approximately 450 kW). The generated torque of 1,280 Nm is also almost twice as high as before. The car accelerates from 0 to 100 km/h in 2.4 seconds, making it roughly 0.4 seconds faster than previous DTM cars.

Schaeffler is continuing its successful path through its involvement in the electrified DTM series. In Formula E, the Audi Sport ABT Schaeffler team is one of the most successful starters and won the championship title in the 2017/18 team standings and the 2016/17 drivers’ title with Lucas di Grassi. Schaeffler’s electric mobility technology is also used in volume production development. The electric axle installed in the Audi e-tron comes from Herzogenaurach, for example.

So far, three drivers have had the opportunity to drive the electrically powered demonstrator car. All of them drove the DTM Electric during its debut appearance at the Hockenheimring: The former Formula E driver Daniel Abt, the two-time DTM champion Timo Scheider, and Schaeffler brand ambassador Sophia Flörsch. She is also the driver who will support the technical development of the car on the driving side during the coming months and will put the DTM Electric through its paces during test drives.

The presentation at the Hockenheim was only the beginning for the DTM and the demonstration car powered by Schaeffler’s technology. Appearances are planned as part of the DTM supporting program in 2021 and the car will be used for the first time in events with sporting relevance one year later. The DTM could then start as a fully-electric race series under the name DTM Electric in 2023.