Origins: The Schaeffler family of entrepreneurs

Dr. Wilhelm and Dr.-Ing. E.h. Georg Schaeffler, the founders of what is now the Schaeffler Group, come from a family of entrepreneurs with an eventful history, played out across many regions: Lorraine, Saarland, the Rhineland, Upper Silesia, and Franconia.

The linen weaver Johann Sebastian Scheffler (the original spelling of the surname) and his wife Barbara lived in Neustadt am Kulm, south-west of Bayreuth. Their weaver’s craft business and farm provided a good living for their large family, with four daughters and three sons. Their son Georg Jakob Schaeffler (Wilhelm and Georg Schaeffler’s father), born in 1865, wanted to broaden his horizons and set out on his travels.

After attending agricultural school in Triesdorf in central Franconia, working as a trainee on various large vineyards in the Russelheim wine district, and then completing his military service with the Prussian army, Georg Jakob Schaeffler found his way to Lorraine (then Lothringen), which had been part of Germany since 1871. As manager of the Marimont estate, located 70 kilometers from Metz, he quickly made a name for himself as a successful farmer.

In 1905, Georg Jakob Schaeffler married Anna Carolina Weissmann, daughter of the municipal councilor and “Hofschlächtermeister” (master butcher accredited as a “purveyor to the court”) Wilhelm Weissmann. The bride’s dowry and the significant wealth accumulated by Georg Jakob Schaeffler over subsequent decades as one of the most successful estate managers of his day laid the foundations for the entrepreneurial careers of their sons, Wilhelm and Georg Schaeffler. 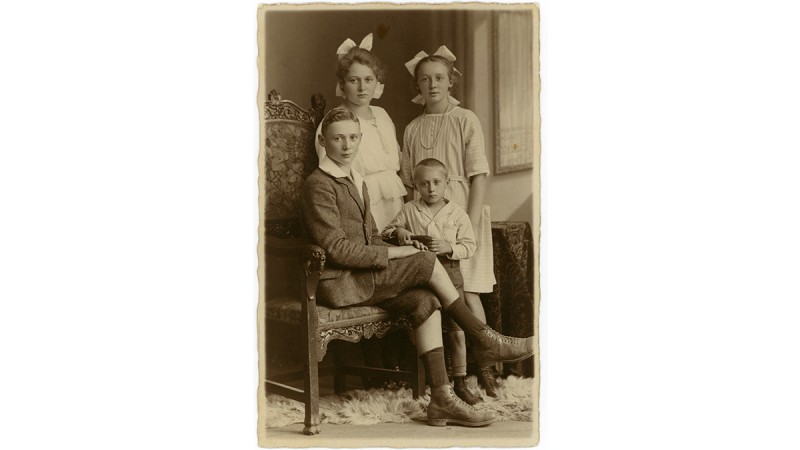 After the First World War, the return of Alsace-Lorraine to France in October 1919 also marked the end of the family’s history on the Domaine de Marimont. The next chapter in the family story was to be written in Saarland. There, Georg Jakob Schaeffler ran the Baltersbacher Hof estate up until the fall of 1930, followed by six years at the Haus Furpach estate. In November 1938, the family moved to Cologne, where their lives would be centered for the next few years.

The two daughters and two sons of Georg Jakob and Anna Carolina Schaeffler were born in Lorraine, Wilhelm on April 3, 1908, and Georg on January 4, 1917. After graduating from high school and gaining practical experience at the ironworks company Neunkirchener Eisenwerk AG and elsewhere, the elder brother, Wilhelm, commenced his studies in economics at the Faculty of Economic and Social Sciences at the University of Cologne in 1928.

Following an exchange semester at the Sorbonne in Paris, Wilhelm Schaeffler passed the degree examination in business administration in Cologne in 1931. He was then employed first at the trust company Kölner Treuhand in Cologne, and from 1933 at the trust company Treuhand Vereinigung AG in Dresden. On September 1, 1935, he took up a position in the Industrial department in the head office of Dresdner-Bank in Berlin. During this period, Wilhelm Schaeffler took time off work so that he could take his doctoral examination at the University of Cologne at the end of 1937.

Georg Schaeffler spent his school years in Saarland. In 1936, after graduating from high school, he commenced a period of national labor and military service. In 1938, he enrolled, like his brother before him, in the Faculty of Economic and Social Sciences at the University of Cologne. Germany’s attack on Poland on September 1, 1939, marked the beginning of unpredictable times for him, as for most of his generation.