Dr. Wilhelm Schaeffler, in particular, had been active in business even before the establishment of Industrie GmbH in the fall of 1946. In 1940, he acquired a textile firm in Katscher, Upper Silesia (now Kietrz, Poland). In 1943, he set up a metal fabrication firm there and began manufacturing armaments.

Genesis of an entrepreneur

Wilhelm Schaeffler began his career in the Industrial department at the head office of Dresdner Bank in Berlin, where he was responsible for reviewing commercial loans. During his time there, he analyzed 65 firms in many different sectors, one of which was the textile firm “Davistan Krimmer-, Plüsch- und Teppich-Fabriken AG, Berlin – Katscher O.S. und Kaldenkirchen.”

On October 1, 1940, Wilhelm Schaeffler acquired a majority stake in “Davistan Krimmer-, Plüsch- und Teppichfabriken AG,” as the firm was now called. The business had its registered office in Berlin but ran several production plants in Katscher. This was the beginning of Wilhelm Schaeffler’s career as an independent entrepreneur. 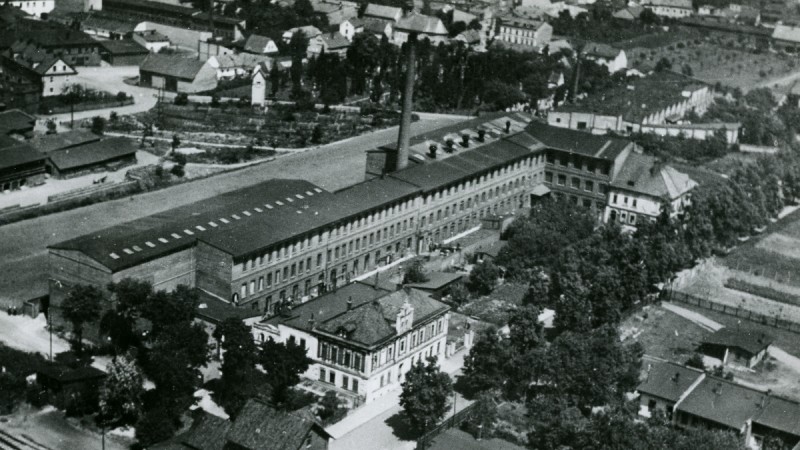 The Davistan firm had been established in Berlin in 1850 as “David & Co.” Production in Katscher began in 1905. The business was highly successful for many years, but then sales fell away sharply, mainly as a result of the global economic crisis. When the National Socialists came to power in 1933 and decreed a boycott on Jewish businesses, the owner, Ernst Frank, and his family decided to leave Germany.

At the end of 1933, the company’s creditors – Dresdner Bank and the Mendelssohn & Co. bank – petitioned for insolvency and had the firm wound up. A successor entity, “Davistan Krimmer-, Plüsch- und Teppichfabriken Aktiengesellschaft,” was set up in May 1934, but it, too, was unable to get matters in order, and so in 1937, the two banks started looking for a potential buyer. They searched in vain until September 1940, when a financial auditor named Wilhelm Schaeffler expressed interest.

On October 1, 1940 – i.e. at about the same time as the company purchase – Wilhelm Schaeffler joined the NSDAP. His brother Georg had taken this step on December 1, 1938, at the beginning of his university studies. Neither brother was involved in any political activities within or outside the National Socialist party other than the mere fact of being party members. Neither Wilhelm nor Georg Schaeffler were ever appointed as “Wehrwirtschaftsführer.”

Textile business and production of armaments for the war 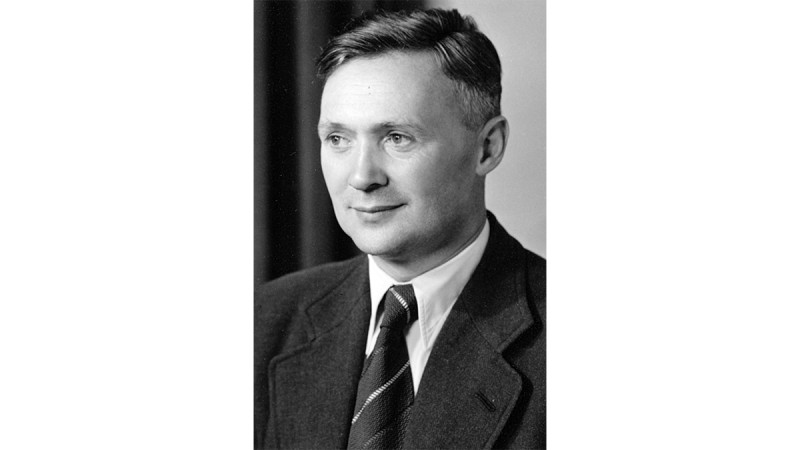 Wilhelm Schaeffler funded his acquisition of a majority stake in the Davistan AG stock corporation with loans, but mainly through investment finance from his parents, Georg Jakob and Anna Carolina Schaeffler. The company was renamed “Wilhelm Schaeffler AG” in 1941. By the end of 1942, Wilhelm Schaeffler, now the sole managing director, had bought out two shareholders who had provided part of the initial funding at the time of the acquisition. At the same time, he transferred a 25 percent stake to his younger brother Georg.

Georg Schaeffler fought as a soldier in the campaigns against France, Yugoslavia, and the Soviet Union. He then spent a period in Cologne to recover from his wounds in a military hospital and continue his university studies. He returned to active service towards the end of the war, fighting on the Western front. In May 1945, he was taken prisoner by the American forces, but was released after a few weeks. He completed his studies in October 1944.

In March 1943, Wilhelm Schaeffler started a metal fabrication business in order to forestall the closure of the textile business as “superfluous to the war effort” and to participate in the highly profitable armaments industry. The stated purpose of the newly established limited partnership “Wilhelm Schaeffler KG” was the manufacture of “products of all kinds belonging to the mechanical engineering, automotive engineering and iron, steel and sheet-metal industries.” The business was mainly engaged in the production of bomb launching gear for the Luftwaffe and needle roller bearings for the track systems in the German army’s tanks.

By fall 1944, barely 400 of the total workforce of some 1,500 employees were still working in the textile department. The rest were employed in armaments production. Today, there is no way of knowing the origin of the raw materials used in the textile production operation. The possibility of Wilhelm Schaeffler AG’s having used human hair from the Auschwitz concentration camp cannot be completely discounted. However, there is no definitive evidence that this was the case.

Forced laborers were used at both Wilhelm Schaeffler AG and Wilhelm Schaeffler KG – probably numbering around 200 women and men in all. Most of them were from France, Poland, and the Soviet Union. No precise information is available on their age, gender, accommodation conditions, or food rations.

No accusations of mistreatment or other crimes against foreign workers were ever made, including in the denazification proceedings against Wilhelm and Georg Schaeffler. In October 1949, the Polish Supreme Court certified that Wilhelm Schaeffler “had not been guilty of any inimical actions against workers of Polish or Jewish nationality.”

Flight and search for a new location

When the Soviet Army advanced into Upper Silesia at the beginning of 1945, the authorities directed Wilhelm Schaeffler to evacuate from Katscher. By the end of March 1945, 40 freight cars loaded with metal fabrication machines, tools and materials had left the town. The buildings and all the textile plant and equipment – about 90 percent of the total assets – were left behind.

Even before the end of the war, Wilhelm and Georg Schaeffler, together with Heinz Fritsch, a partner of many years’ standing, set up a new business in Schwarzenhammer. Neither Wilhelm Schaeffler AG nor Wilhelm Schaeffler KG resumed their business operations. Neither company was ever registered in the commercial registers of the American zone or the Federal Republic of Germany. The firm “Fritsch & Schaeffler, Fabrik landwirtschaftlicher Maschinen GmbH” was a manufacturer of “household items of all kinds.” The owners were able to start operations straight away because many of the former employees from Katscher had followed them to Schwarzenhammer. 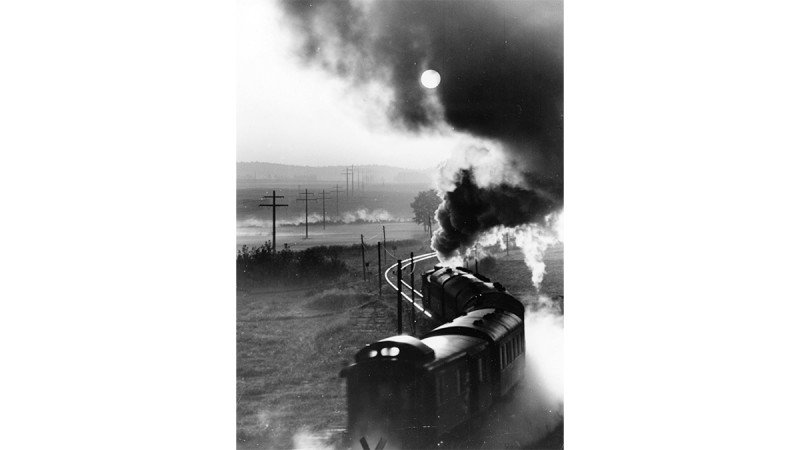 It is not clear when Wilhelm and Georg Schaeffler first arrived in Herzogenaurach, but the town’s mayor, Hans Maier, had begun making efforts on behalf of the brothers and their partner, Fritsch, at the end of 1945. By the time the Schaeffler brothers established Industrie GmbH in Herzogenaurach on November 30, 1946, they already held initial licenses for a timber and metal fabrication business.

The deed establishing Industrie GmbH was signed on Wilhelm and Georg Schaeffler’s behalf by their parents, Georg Jakob and Anna Carolina Schaeffler. Wilhelm Schaeffler had been arrested on September 18, 1946, extradited to Poland, and sentenced to what was ultimately a four-year prison term. His arrest and conviction were based not on his actions as the owner and operator of Wilhelm Schaeffler AG or Wilhelm Schaeffler KG in Katscher, but mainly on his activity as an expert adviser to the German occupying authorities in Poland.

The reason Georg Schaeffler was unable to sign the establishment deed on November 30, 1946, on his own behalf was that his denazification proceedings were still ongoing at the time. Following the conclusion of those proceedings on February 6, 1948, he took charge of the new company in Herzogenaurach, managing it on his own until his brother’s return from Poland at the end of 1951.